Vandrad has such a beautiful nature. He is kind and loving, always prepared to help those who need it and it is partly the sweetness of his soul that makes him so popular. He loves music deeply and the sound of the piano accordion can often be heard softly playing as the sun says goodnight. His love of music is so deep he was once heard to say that, "Music is my life and that is why my heart has a beat." Sometimes the Witches will ask him to play gentle lullaby's if their little ones can’t sleep, but he is so good, by the time he has finished, everyone is snoozing!.

He is the brother of Tȏrmad and you can find them spending time together as they talk about the Universe and all the things that make their hearts sing. Vandrad is a real favourite of Snowah's and will spend hours entertaining him and making him laugh. Vandrad doesn't get involved in the day to day dramas that unfold in life, preferring to live in the moment and see the gift in everything. He is very hard working and reliable and often the Wizards will call on him to help them with something. He is beginning to realise that it is just as important to have time for himself too and spend more time in meditation and reflection.

Vandrad had such a fear of heights for a long time, but gently breathed through his fears, accepted them for what they were and continued to work at moving forward until he was able to master some quite difficult manoeuvres! Facing our fears is not easy, especially if there is some danger involved, but Vandrad knows it isn't just about climbing, it is about anything at all that causes us to feel afraid inside! 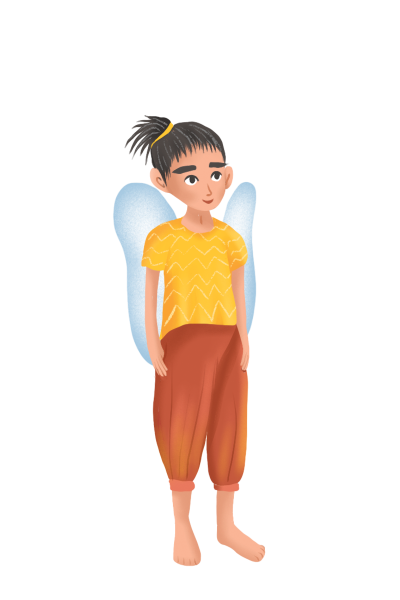