Snowah is just the sweetest baby Elf and at a year old has already mastered the magic flute! Nobody knows where Snowah learned to play, but that doesn’t bother them. They are all just so grateful for the magical musical sounds that can be heard right across the Magic Wood, into Grazzlethorne and even as far as the Cragbodells! It is said that when he plays, even the six Witches of the Cragbodells have been known to cry, so beautiful is the sound. The older Witches and Wizards have to keep an eye on him though as he would play long past his bedtime if they let him!

Snowah has the softest personality and like any baby Elf, can get into mischief too, especially now he is walking! It will be a few years yet before he can fly, but he makes up for it – dashing here and there, looking for someone to play with. He is captivated by the Schlocks and will spend hours just sitting next to one gurgling and chattering away in his own private language. He played his flute to a Schlock once and Makim swears that another five Schlocks grew before he came to the end of his tune. Schlocks only grow where there is deep love and compassion, so Snowah is one special baby indeed! 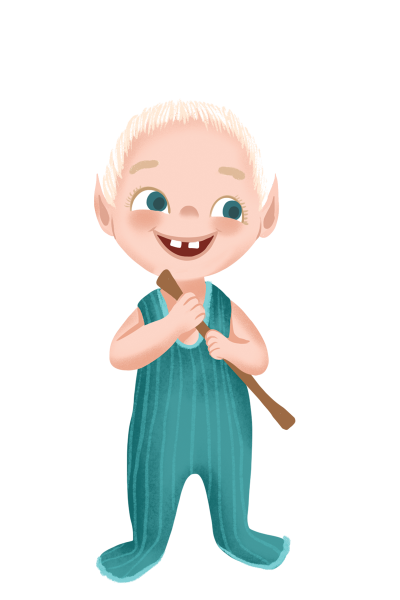